Having a baby and picking out the perfect name is exciting and a different process for everyone. Some baby naming traditions or ceremonies are more ritual or complex. But all involve a loving family ready to welcome a new baby to the world. Discover the history behind Baby Naming Ceremonies all around the world. 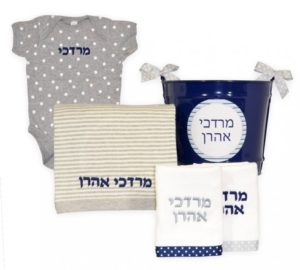 Jewish baby naming ceremonies are different for male and female babies. Baby boys have their ceremonies 8 days after birth and along with that they have the ritual circumcision. This can take place at home, the hospital or in a synagogue. Tradition allows for only male relatives to be there for the ritual. Baby girls can be named at any reading of the Torah and can have blessing ceremonies at the synagogue. The names are announced in both Hebrew and English. It is also tradition to plant a cedar tree for a boy and a pine tree for a girl. Then later in life when the child is ready to be married, the tree can be cut down and used for “Huppah.” This is what covers the four poles the couple will be married under. Check out our collection of Hebrew Baby Gifts.

Australian Traditions often include naming the baby on the day of the birth, actually it happens during the birth! The calls out every one of the baby’s living relatives during the birthing process. The name called out during the final stages of birth becomes the official name! The relative in which the baby gets their name from will have a strong bond with them. When the baby goes home there is a ceremony held. The mother and grandmother burn special leaves in order to purify the new baby.

Buddhist families take their new baby home and have monks invited over to come bless the child and chant holy texts. Next an astrologer will use the baby’s exact time and date of birth to draw a horoscope in order to inform the parents the first initial of the name. After that the parents have the freedom to choose the baby’s name that starts with the initial given to them. This all happens in the first month of the child’s life. Then there is an official temple blessing where the baby’s name is announced by the monks.

Chinese cultures wait until after the baby is born to decide a name because it is considered unlucky for a baby to be named prior to birth. After the birth, the parents pick a name personal to them and it is usually only known by them. The celebration doesn’t take place until 100 days after the birth and is known as “The Hundred Days Party.” This party is to celebrate the survival of the first 3 months and it is celebrated with food and tea. After a year the baby must pick their future profession by being shown a table full of objects relating to the . For example, if the table had medicine, a paint brush, money etc. is believed whatever the child reaches for, it will be their future job position. 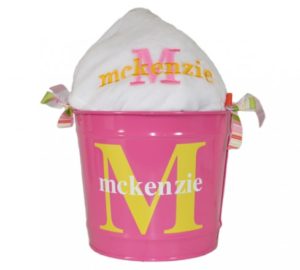 Humanist naming ceremonies are becoming popular for the parents who do not want to have a religious ceremony. They will not pray to God, but instead will value the life of each human being. The ceremony is laid back and celebrates the new life of the baby and the love of the parents and family members. Friends and relatives will gather to share stories and poems or offer good wishes and gifts to the new baby and family.

Inuit cultures such as northern Canada, Alaska and Greenland hold a naming ceremony called “Atiq.” This takes place a few days after birth and it means both name and spirit. The baby will get its name from a family member who has passed on. The Inuit believe in reincarnation and that the new baby will receive the deceased relatives spirit along with their name. The relative is decided by a similar birthmark or if the mother dreams of the relative during pregnancy. It is also believed that the baby will cry if they’re given the wrong name.

Check out our products for some personalized and monogrammed baby gift ideas to celebrate the baby and their beautiful new name.

used above. written by our wonderful intern, Maya Clarke